The Main Trunk line is a railway running through the middle of the North Island connecting Wellington and Auckland. It was finished in 1908 and became the preferred way to travel between the two cities. Car and aircraft have since superseded rail for personal travel, but the Main Trunk is still used for transporting dairy, minerals, and wood. The Northern Explorer is a scenic train service which runs on the same line. I recently took the 11 hour journey from Wellington to Auckland. 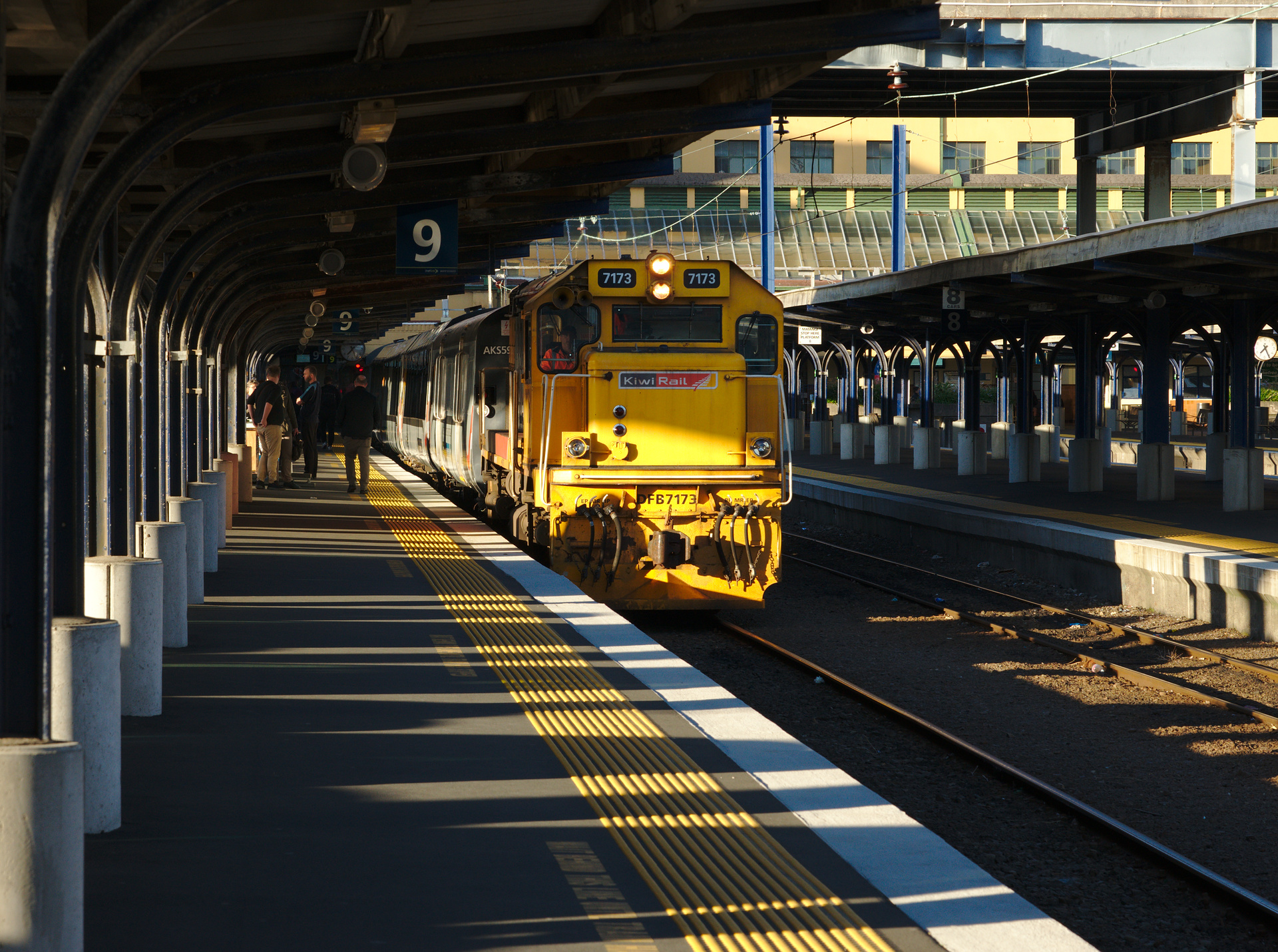 Starting in Wellington the train follows the commuter line north along the Kapiti Coast. It turns inland at Marton and follows the Rangitikei River north east. This is very much farming country, with green paddocks as far as the eye can see. 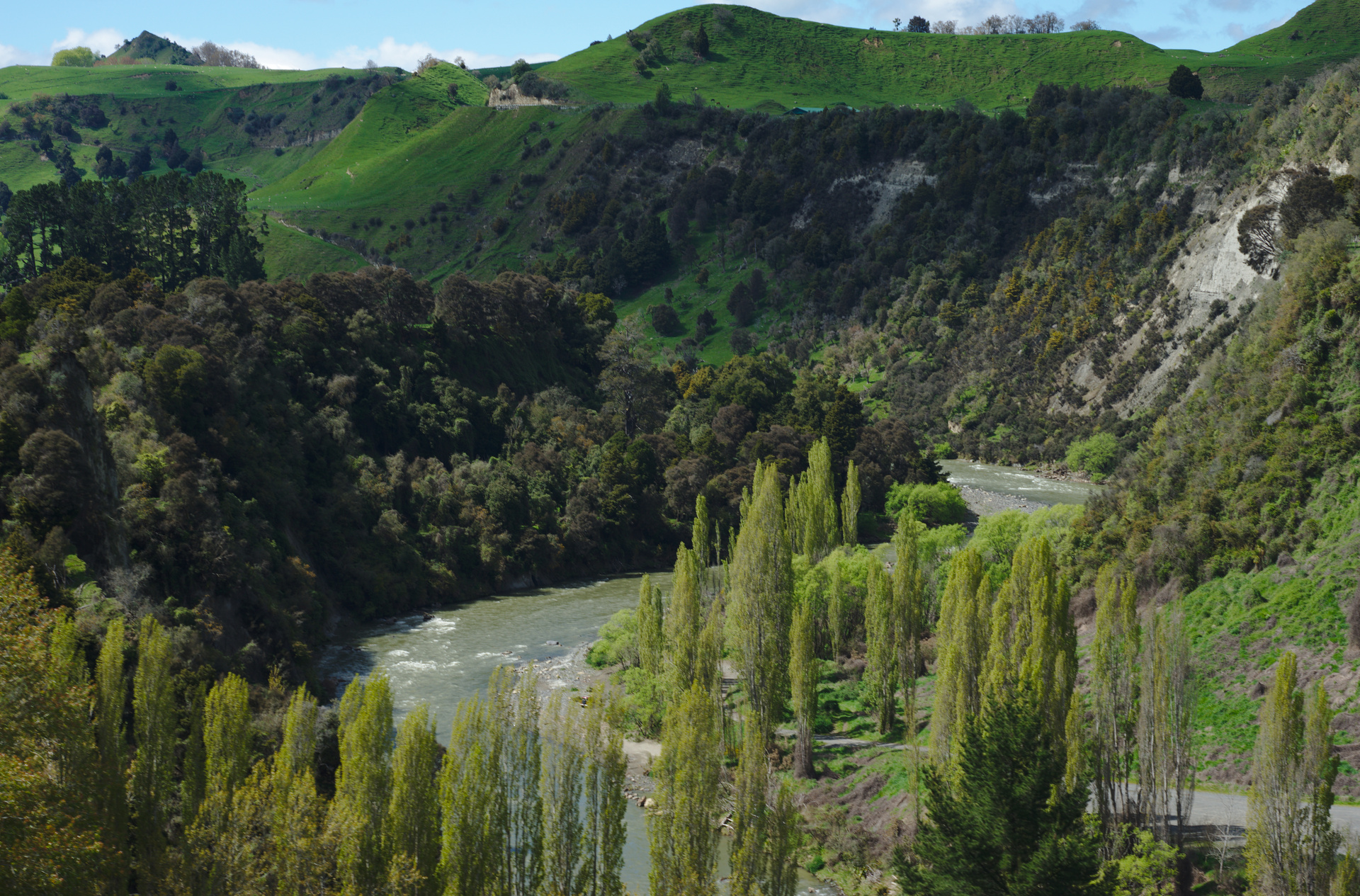 From Taihape the train starts gaining altitude. The green grass paddocks gradually become dotted with more and more red tussock. Finally the train breaks out onto the Central Plateau, with spectacular views of the mountains. Mt Ruapehu, Mt Ngauruhoe, and Mt Tongariro dominate the sky line for a good 45 minutes. 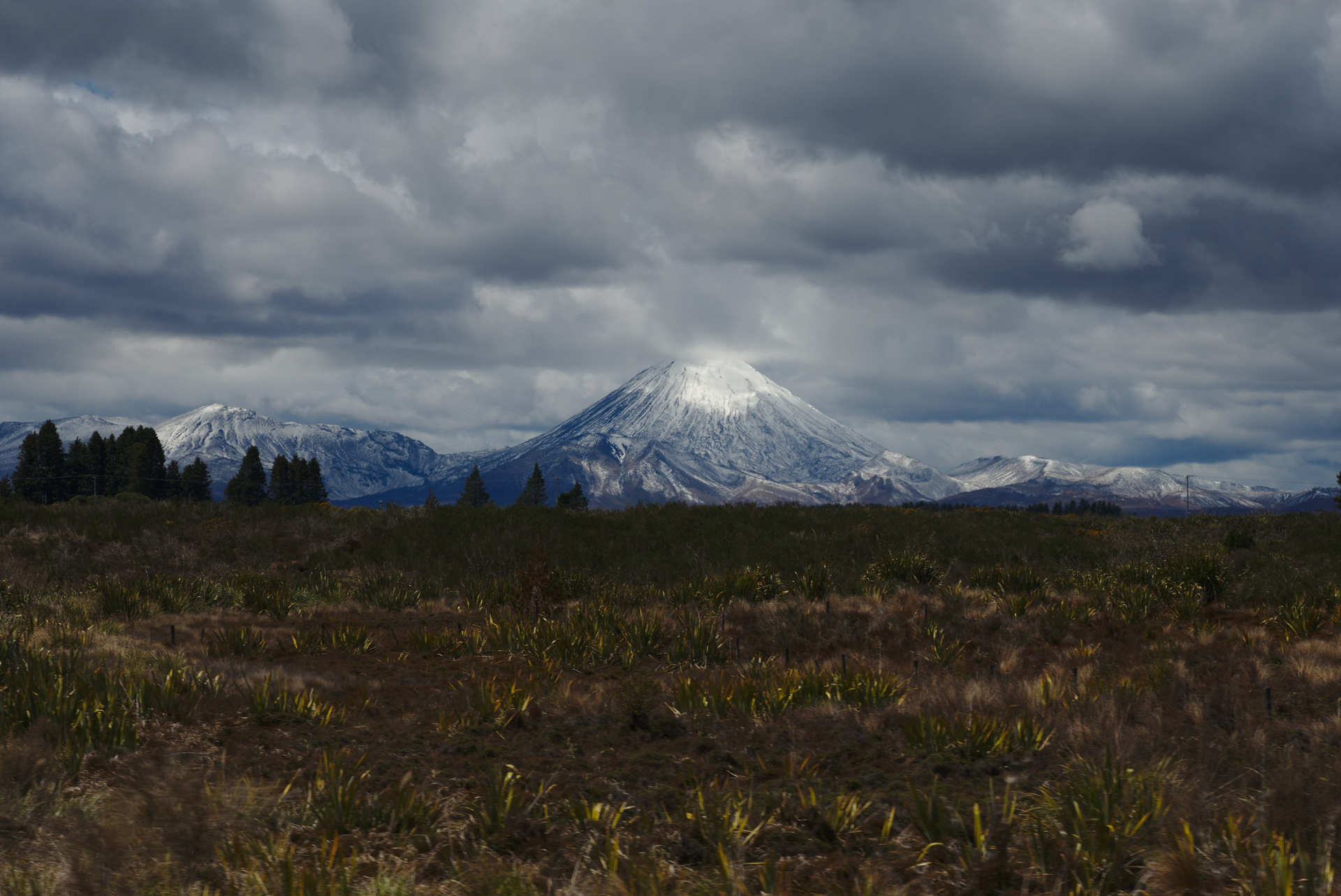 On the Central Plateau a lot of the native forest remains untouched. At times the line travels through the forest, giving close views of the old trees and dense canopy. This forest once covered the majority of the North Island, but has been largely cleared in Rangitikei and Waikato for farming and pine forestry. 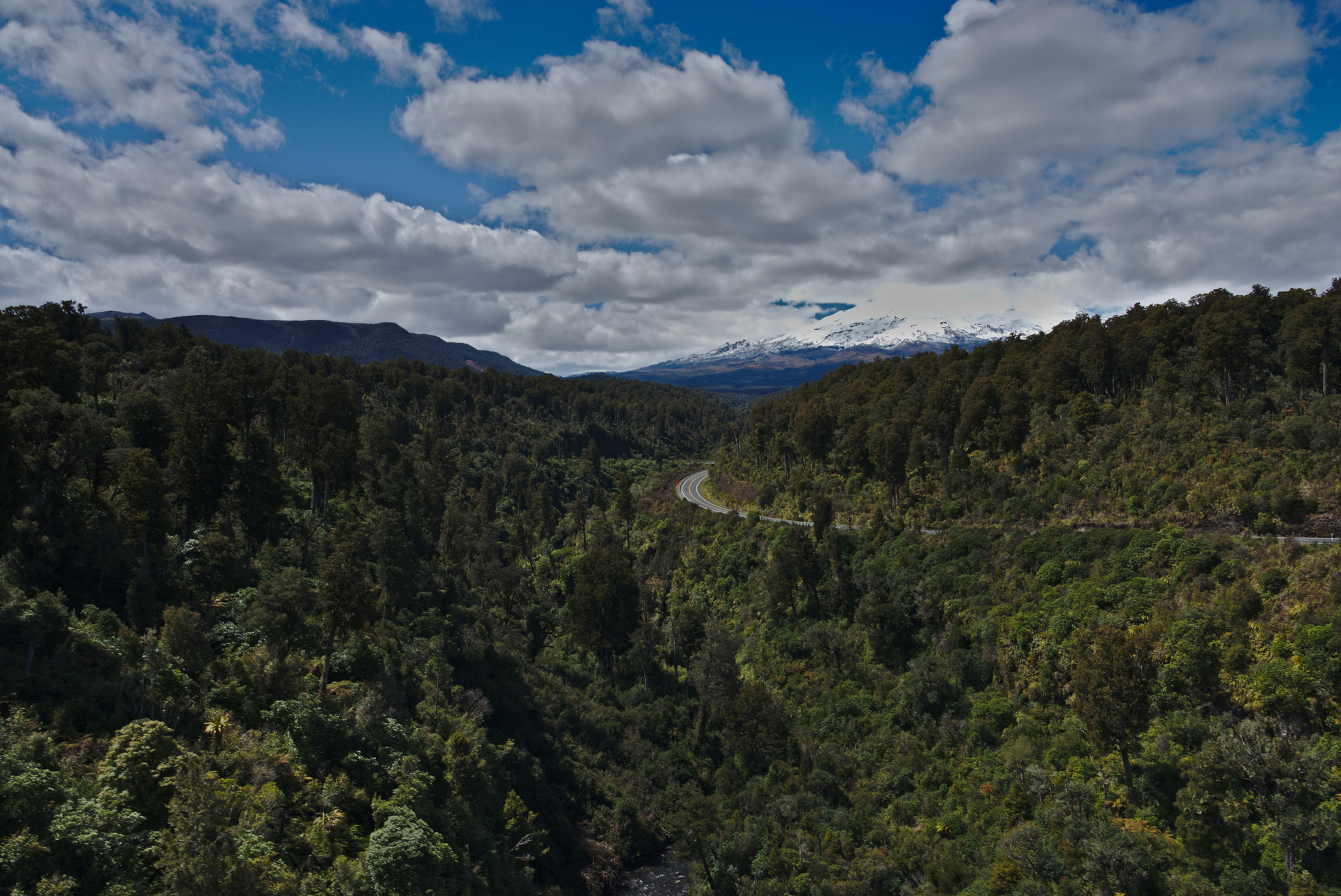 Further North the train descends through the Raurimu Spiral. Designed in 1898, this section of track descends 139m of elevation in a landscape too steep to build a direct line. It hugs the contours of the land and has 3 hair pin bends, 2 tunnels, and a full circle which passes over one of the tunnels. Read more about it here.

After the descent at Raurimu the land turns back into farming country. The biggest difference from Ragitikei is the number of pine plantations. 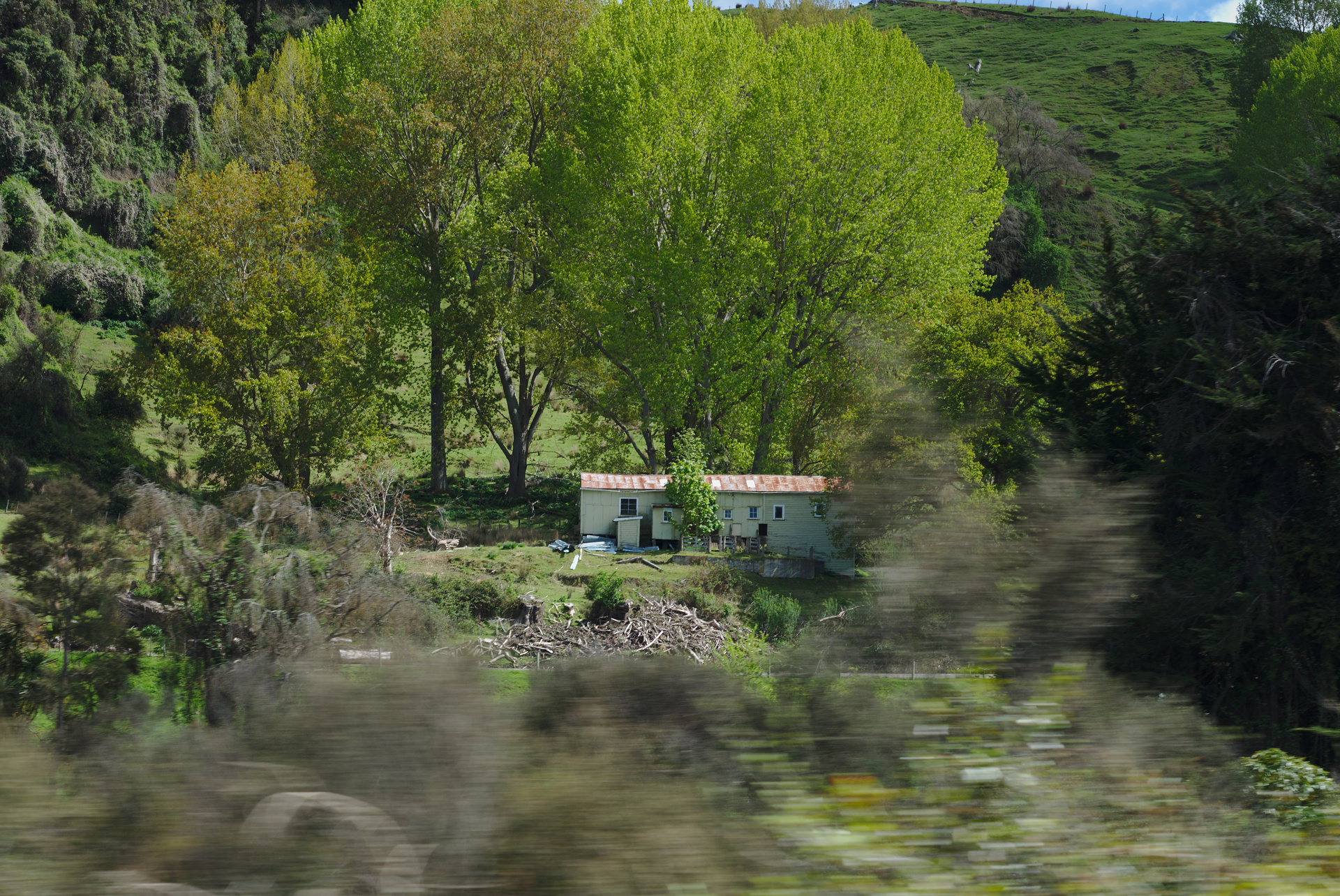 Onboard the train is a tour audio commentary which you can listen to by plugging in headphones. Every 15 minutes or so it plays a recording describing the history of the area the train is travelling through. Through this I learned a lot about Maori and European history of the area, Maori myth, and what the areas are known for today.

The last 45 minutes of the trip travels through Auckland. From the outskirts of the city the train has to slow down. For my trip this was perfect, as it lined up with sunset. 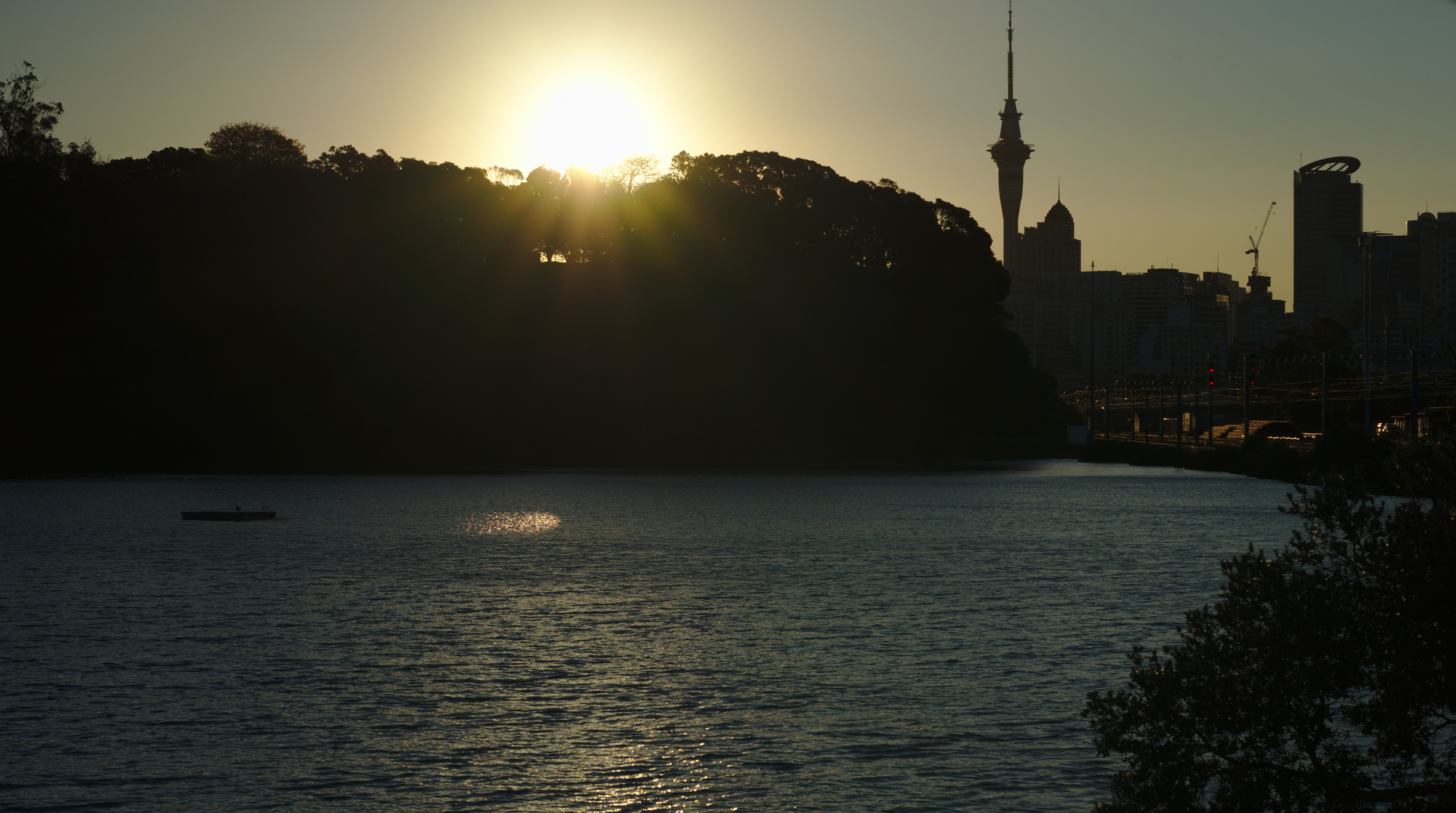 I found a sense of stillness on the train journey. The gentle rocking of the carriage, sound of the wheels on the tracks, and show of scenery out the window captured my mind. My phone was off, and the book I had brought sat on the seat beside me unread.

Reflecting on the trip, I feel like I got a glimpse into hundreds of different stories. Along the line I saw repetitions of themes and objects. Small communities, old NZ Rail buildings, impressively engineered tunnels & viaducts, native birds in forest, rail workers, newly born lambs. The list goes on. Seeing individual instances of these along the line, learning the history behind them, and seeing how they relate to each other built up a narrative. This was a tremendously rich journey and it stays with me today.